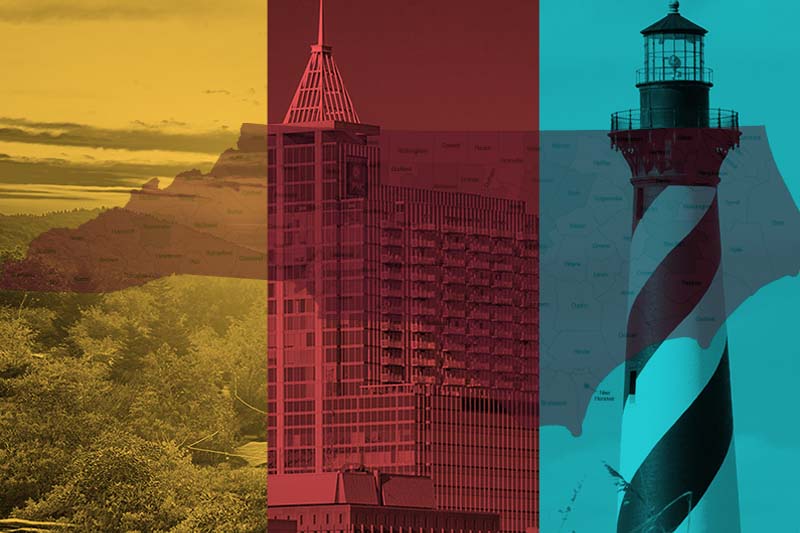 In fall 2021, Meredith College released the third update of its report examining women as voters and officeholders in North Carolina. The Status of Women in North Carolina Politics report has been released on a three-year cycle since 2015.

Professor of Political Science David McLennan, who produced the report, said at the national level, the current status of women in politics is “a mixed bag,” with more women in Congress and the first woman elected vice president, while the number of women governors has declined.

In North Carolina, women have lost ground in some key areas.

In some urban areas around the state, women are the majority of elected officeholders. In other areas of the state, particularly in some rural areas east of I-95 and west of I-85, women officeholders are much rarer. There are city councils, county boards of commissioners, and school boards without any women at the table.

“Since the last Status of Women in North Carolina Politics report in 2018, there have been some modest gains for women,” McLennan said. “Fewer appointed boards and commissions lack women’s voices, more women serve as judges, and the General Assembly has the most women serving in its history.”

The report not only documents the situation for women as voters, candidates, appointed officials, and elected officials in North Carolina, but it provides more analysis of factors that contribute to this continued underrepresentation.

New analysis in this report reveals:

“This report, like its predecessors, is meant to be a wake-up call for North Carolina politics,” said McLennan. “As we strive to be a truly representative democracy, women, who are a majority of the state’s citizens, need a bigger place at the political table.”

The Status of Women in North Carolina Politics report is part of Meredith College’s commitment to being a leading source of information on women’s issues in the state. Another example is the Voices of Change Political Institute, a new partnership of Meredith College, Advance NC, and the North Carolina Black Alliance, that launched in 2021 to help address the gap in representation of Black women and those of color in office by providing an institute that informs, prepares, and creates a lasting community to support future candidates.

Read The Status of Women in North Carolina Politics report.