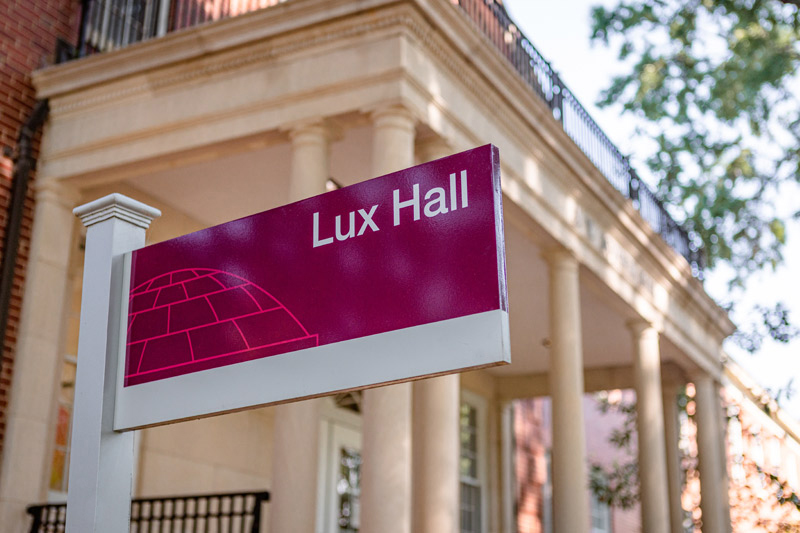 By Melyssa Allen and Kristi Eaves-McLennan

By Melyssa Allen and Kristi Eaves-McLennan

In the summer of 2020, Meredith College launched a College-Wide Initiative on Anti-Racism, which is focused on making Meredith more inclusive and welcoming in the present while also leading efforts to understand the realities of the College’s history.

As part of this process, the College formally acknowledged on April 6, 2022, that Joyner Hall is named for an advocate for white supremacy and unequal funding for schools based on race. The Meredith Board of Trustees voted as part of its regularly scheduled March 2022 meeting to rename this academic building as a result of these findings.

The announcement, which was co-signed by Board of Trustees Chair Dr. Yvette Brown, ’90, and Meredith President Jo Allen, ’80, was sent to students, employees, and alumnae/i before the public announcement.

The Board took into consideration both history and ongoing impact when making this decision.

“The racist ideas James Yadkin Joyner, who served as a trustee for 55 years, stood for throughout his lifetime, are antithetical to Meredith College’s mission, vision, and values,” the announcement said.

“The ongoing impact of Joyner’s role as an enthusiastic advocate for white supremacy and his role in differential funding for black versus white schools carries generational and lasting harm to BIPOC students … Therefore, part of our work is to recognize and account for that damage by ensuring our students and employees have equitable support and treatment from every aspect of the College.”

The Meredith Board of Trustees is the exclusive authority on renaming decisions. In the fall of 2020, the Board engaged with historians, researchers, diversity consultants, and representative faculty, staff, and alumnae to begin a thorough and thoughtful review of building names on Meredith’s campus, which was built in 1925-26.

“Uncovering and confronting our history is an ongoing process that requires care, respect, and a firm commitment to ensure Meredith is an institution where all can thrive,” said Brown.

In addition to the renaming of Joyner Hall, the Board endorsed the installation of signage with QR code links on each campus building to provide historical context about all of the individuals for whom the buildings are currently named.

The Board will continue its work and provide further updates as part of Meredith’s Anti-Racism Initiative.

About the College-Wide Initiative on Anti-Racism

Meredith College is actively addressing diversity, equity, and inclusion efforts in all departments and administrative processes. Our work is ongoing, action-oriented, transparent, and root-focused. Guided by our foundational values, we cultivate a spirit of openness and inquiry and respect a range of perspectives and voices. Learn more about the Anti-Racism Initiative.