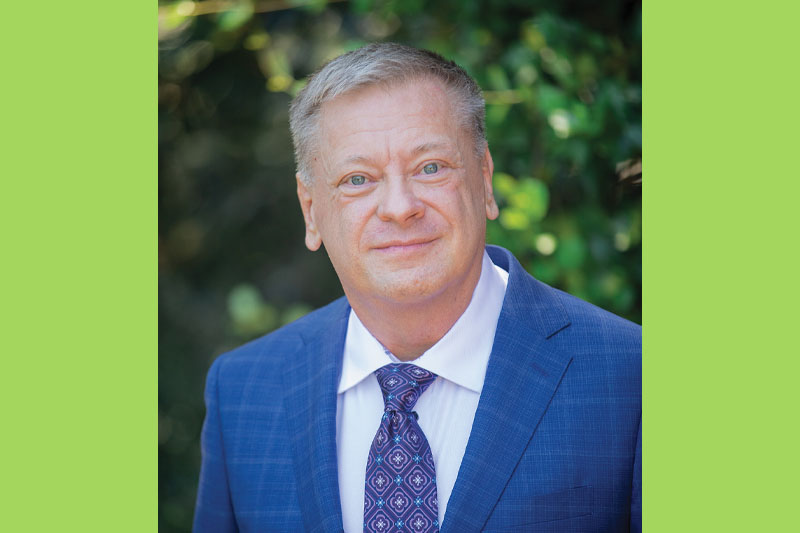 Associate Professor of Mathematics Tim Hendrix is the recipient of the 2022 Nadine Bezuk Excellence in Leadership and Service, which is presented by the national Association of Mathematics Teacher Educators (AMTE).

Hendrix was honored with the award during the general session of AMTE’s Annual Conference in February 2022. As the award recipient, Hendrix presented a session during the conference. His talk, Standing on Shoulders – and Lessons We Have Learned, featured lessons learned from conversations with mathematics educators about their philosophy of service and leadership, and ways this might help to see further into the future of mathematics teacher education.

The Nadine Bezuk Excellence in Leadership and Service Award recognizes a unique contribution in service that has made a significant and lasting contribution to mathematics teacher education.

Hendrix sees this award as a reflection of the influence on his career by mentors and colleagues, both in the organization and more broadly, in the fields of mathematics and mathematics education.

“Isaac Newton once said that we understand better scientific advancement by standing on the shoulders of giants. There are so many mentors and colleagues who are such models of service and leadership in our field of mathematics teacher education, and they all have had a huge impact and influence in my life – both professionally and personally,” Hendrix said. “This award is an opportunity for me to try to be a representative of the hard work and love that we all pour into this profession.”

Hendrix’s service to AMTE includes six years as executive director, two terms as membership committee chair, and an appointment as the first AMTE website director. He is also an active member of the North Carolina Council of Teachers of Mathematics (NCCTM), having served on its board of directors as a regional president and as statewide vice-president for colleges and universities.

Since 2002, Hendrix has been on the faculty at Meredith College, where he teaches a wide range of courses in mathematics and mathematics education and is the mathematics licensure program director. He is also a co-principal investigator (PI) of the NSF-funded S-STEM Scholarship Program, Advancing Women’s Education in STEM (AWE-STEM). The PI on this project is Professor of Mathematics Jennifer Hontz and other co-PIs are Professor of Chemistry Walda Powell, Associate Professor of Biological Sciences Maria Pickering, and Dean of the School of Natural and Mathematical Sciences Liz Wolfinger. He has taught and worked with hundreds of pre-service teachers and in-service teachers in teacher education programs and professional development. His scholarly focus has been on how students transition to advanced mathematical thinking, curriculum development, and the use of technology for conceptual understanding.

Hendrix’s colleagues at Meredith are proud of this achievement, said Professor of Mathematics Cammey Manning, head of Meredith’s department of mathematics and computer science.

“We congratulate Tim on receiving this award, knowing that the work of AMTE positively impacts many mathematics educators across the country,” said Manning.

“Meredith College is lucky to have such a dedicated mathematics educator as Tim Hendrix,” said Hontz. “It is hard to imagine a better colleague and friend. He is always available to discuss the best methods for teaching mathematics or to offer advice and support to a colleague. He is also an excellent teacher, which makes him the perfect choice for this award.”